Hiring the right programmatic marketing talent: What you need to know Many companies have already made the switch from traditional ad buying to programmatic marketing. And now more and more companies are taking programmatic over from their agencies, bringing it in-house.

Which raises some questions: What do you need to know about building a programmatic team? How should you hire for programmatic marketing talent?

I reached out to Tom Triscari, who runs Labmatik, helping companies to evaluate their programmatic investments, bring programmatic in-house, and optimize their programmatic spend. He has worked recently with Intercontinental Hotels and Constellation Brands, as well as other global companies in entertainment, banking, and retail. Previously, Tom was CEO of Yieldr, an ad tech platform. Before that, he built and managed supply-side and data science teams at Criteo, and built a large pan-European team at Yahoo around the first programmatic exchange, Right Media.

Whenever I am asked who knows about helping brands evolve their adtech ecosystems and approaches to programmatic, Tom’s the first person that comes to mind.

I caught up with Tom during one of his global zigzags. Our Q&A will be helpful to you if you are looking to find, assess, and land top programmatic talent.

Q: First things first. Why would a company want to bring programmatic in-house? 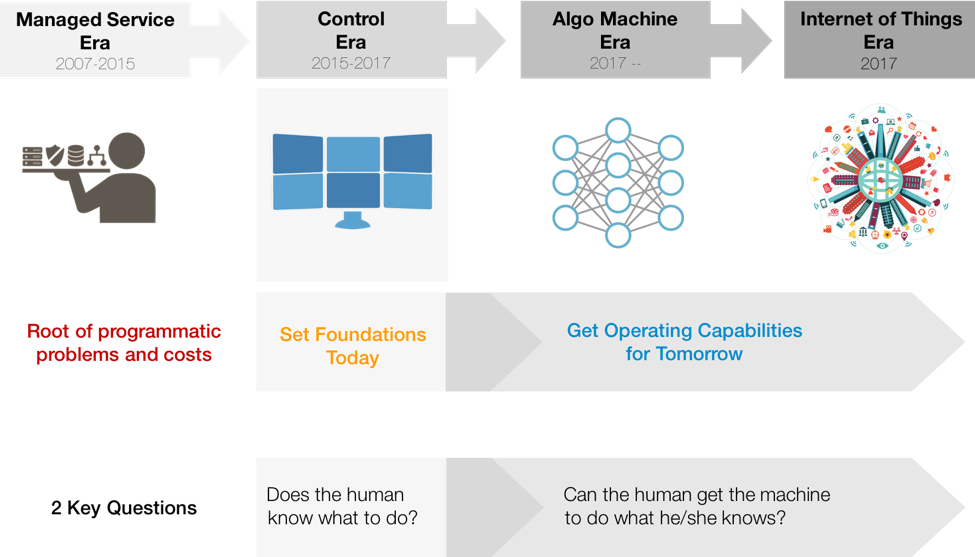 Q: Let’s say a CMO wants to build an in-house programmatic team. How should they start?

When we launched Labmatik, we invented a new practice area called Programmatic Resource Planning (PRP), to help brands bring programmatic in-house. At the time, I wrote a playbook for it.

There are four elements:

Now with several consulting engagements behind us, we’ve found that nearly every single word has proven out.

The first key role is a Programmatic Manager to lead what we like to refer to as a pod. The pod should have three primary roles: a programmatic buyer that we generally refer to in job descriptions as a “programmatic technician”; a data analyst who can ensure the data is clean before running any analysis; and a supply strategist who unites direct supply with open real-time bidding (RTB) buying and understands the concept of value planning. Recall that without a thoughtful blueprint or roadmap, this team will be on a road to nowhere and nowhere is very expensive. The roadmap always answers two questions: what do I want to achieve and how do I determine whether or not I actually achieved it? What most people are surprised by is that such a small team, with just a little BPO support, can manage tens of millions in programmatic budget without breaking a sweat.

Q: Where do you find programmatic talent?

We see setting up the programmatic talent supply chain as a three-step process:

“Hello World” means to announce your in-house objectives. For example, call up Zach Rodgers at AdExchanger or Alexandra Bruell at the Wall Street Journal or David Bond at the Financial Times to give them the scoop and offer an interview. You’re a big advertiser and they are all interested in this subject. It’s free advertising for talent, because now you can smoke out the most talented people who want to switch out of agency-land. Moreover, doing so communicates authenticity from the beginning and makes your inhousing aspirations real. Now you have skin in the game which can often separate rapid success from slow failure.

The next two steps are about the interview/vetting process and onboarding great talent with the intention of making them better.

Q: This is a new space. How about finding people WITHOUT previous programmatic experience? Can these people ‘transfer’ successfully into an in-house programmatic role?

Definitely. There are two common sources of programmatic talent and one not so common source that’s a potential gold mine, yet not tapped as much as it should be:

Q: OK, now that you have a talent pipeline, how do you evaluate if they have the chops for the role?

This is about Step 2 mentioned above, “Getting to know the real you.” After assessing resumes (our method is to turn it upside down and start with “Interests/Outside Activities” and work our way backward to the candidate’s current job), we select the most interesting folks on paper. We then invite them to take a media math test.

No matter if you are the most senior or the most junior person on the team, you’ll take this test. I learned this technique at Criteo and know first-hand just how much time it saves and how much we learn about people. This step is important, because if the team leader BS-ed their way through an interview, how can they set expectations for their team? The test takes 10-20 minutes depending on how our client wants it set up. We also set the scoring bar at a different level depending on the role – we’re OK if an account manager does not score as high as, say, a data scientist.

[Think you’ve got the right answer? Email it in!]

Q: I understand you also give a case study to people who you’re interviewing for an in-house programmatic role. Can you share an example?

Yes. If the candidate passes the math test, they get invited to a programmatic case interview.  For example, a direct response advertiser may build a case study around retargeting and related subjects such as incrementality testing, how a bidder actually works, or how to turn smart retargeting into smarter prospecting.

If we’re talking about a brand that is doing more awareness advertising, then we might do a case study on how to prove offline sales happened because of online ads or how to go about proving online awareness lift actually results in more sales.

Q: How do candidates feel about being asked to take a math test? And then a 40-minute case study?

It’s the most efficient process I have ever experienced. First, the wrong people bow out because they are scared of math. Perfect — those candidates would most likely have failed on the job, wasting their time and their clients’ time. The people who are confident in math rise to the challenge. The people who are good at structured thinking and problem-solving rise to the top. Even candidates who don’t make it all the way through the process often say it was a rewarding interview process. We hear them say, “I learned about programmatic and I learned about myself.”

Q: What’s in it for the talent? Why would someone who is killing it at an agency or in another role want to give it up and join an in-house programmatic team?

Simple: Higher salaries, ability to learn way more (and faster), job security, and career advancement potential. But most of all, they can put their careers in the space where things are headed instead of where they have already been.